In a recent LinkedIn post, the topic of Tolerance Stacking was brought up. I’m not a machine designer, but I’ve spent a lot of my past life in Manufacturing. In that world, the term was used frequently. If the term was used in Construction, it certainly wasn’t when I was listening.

Tolerance Stacking can be described (in my mind) as the accumulation of allowable tolerances to a point where the design is no longer suitable for it’s intended purpose. Errors resulting from Tolerance Stacking are caused by a few things…

The best way to understand Tolerance Stacking is from a few examples. In our first example, we see a part 10 Units long with 9 holes, equally spaced 1 Unit apart. Take note of the RED dimension on the right.

You may have seen parts dimensioned like this. Looks pretty normal. Now lets consider this same part and assume the dimensions have a tolerance of +/- 0.0625 (1/16 Inch). Now lets also assume that all the dimensions are in the negative -0.0625. The following graphic illustrates this condition. Again, notice the RED dimension on the right.

Is the overall length really have enough tolerance to compensate for the accumulation of those tolerances?

Now lets look at the same part, same tolerances but annotated/documented differently. It’s not as “pretty” and takes up a lot more real estate on your drawing.

But lets look at that same -0.0625 extreme case tolerance in this scenario. Once again, keep an eye on that RED dimension to the right.

Are you old enough to remember when rafters were layed out by hand on the job site and cut individually? You would cut one and use it as a template and use that to mark the others. You never installed the template and used the next cut as your template for another. This minimized Tolerance Stacking as well.

What’s less familiar, is another concept used heavily in automotive and other precision manufacturing. It’s called Geometric Dimensioning & Tolerancing or “GDT” for short.

Traditional linear tolerances have flaws. GDT on the other hand more accurately describes “features” and allowable deviation from the desired location using a more complex form of graphics and symbols.

Once again, the best way to explain this is with some illustrations. The following example shows a square part with a hole in the middle. Pay close attention to the RED dimensions.

In this example, you see when the hole is moved to the maximum tolerance in both directions, it’s actually further away from it’s desired position than 0.0625.

This is where GDT comes in. In this last example, GDT is used to “Describe” the allowable deviation from it’s ideal position.

There’s actually an ASME Standard for GDT (Y14.5.2) and a full explination of GDT is not only beyond the scope of this blog but my knowledge, There’s a lot of courses out there specifically for this but a good “101” description can be found here.

Given trends in Prefab, Modularization, and Construction becoming more like Manufacturing….Makes you wonder….should there be a “GDT” style of documentation for construction?

We’ve all been there. Moving our mouse around trying to find the pointer on the screen. This can be especially troublesome in a shop floor environment. Computer screens are small. Full of dust and dirt. Poor lighting and perhaps even a poor mouse surface. All of these factors can make use of a computer on as shop environment annoyingly painful.

Beyond the obvious improvements like a larger, regularly cleaned monitor and improved lighting, there’s a couple simple tweaks you can make to keep your staff providing value as opposed to looking for a mouse pointer.

Using your Additional Mouse Settings, you can make a couple quick changes that will significantly improve the usability of a shop floor system. Simply press the Windows key on your keyboard and type Mouse.

Now from the Mouse Properties dialog, there’s a few things, you should make adjustments to.

A Word About Machine Controls

A lot of machines now are using Windows based controls. If these systems rely on the use of a Mouse instead of a touch screen, you may want to make these same changes. However these systems can often launch upon startup and make it appear you have no access to the Standard Windows interface. You can often simply plug in a keyboard and mouse into a USB port for quick access. You can then use standard Keyboard tricks to get you to a more familiar interface.

If the control is running in Kiosk mode, you may not have access to the standard Windows options. In this case, press CTRL-ALT-DELETE to bring up the Task Manager. From the Task Manager, you can launch a new process or run a new program. You can simply type Explorer.exe and this will reload the Windows interface you’re use to allowing you to make the mouse changes.

Install TigerTouch software on your computer

One of the options you can buy when getting a TigerStop, is the Tablet package that consists of a Windows Surface PC with the TigerTouch software. This package provides your TigerStop with a much friendlier interface that can be used to control your TigerStop controller. 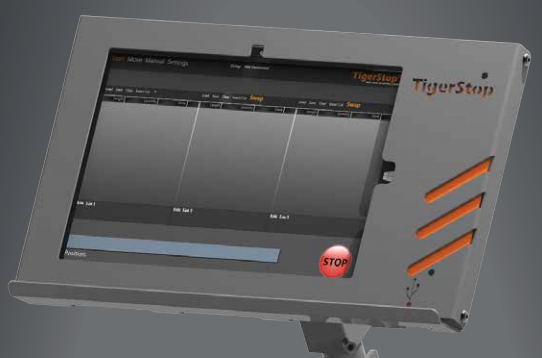 While this software is used to control your machine, you can also install it on any computer. Simply download the Full installer from TigerStop’s web site and install. Installing on another computer has several benefits….

When the TigerTouch software starts, it notifies you that it can’t find a machine connected. That’s perfectly fine, just click cancel so it doesn’t try to look again. 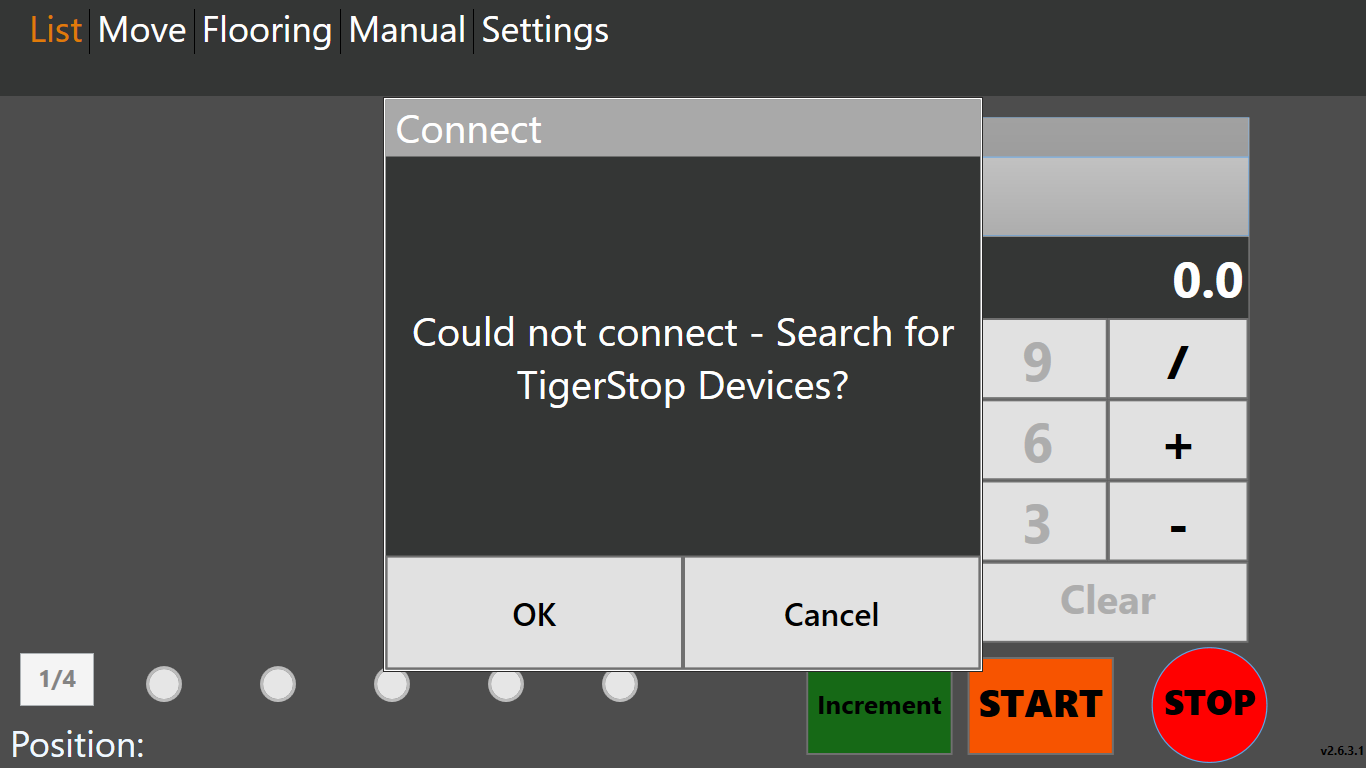 From here, you can now use many of the functions of the software. When you click START, instead of the software waiting for your saw to operate, your cut lists are just processed automatically for for each stock size you enter. Here’s a video of the software opening a Cut List and processing it on my system which is NOT connected to an actual TigerStop machine.

One last item…When TigerTouch installs, it assumes you’re installing a machine so it’s configured to automatically run when you log into Windows. To stop this, simply remove the TigerTouch Shortcut in the Windows Startup folder. The shortcut is located here:

When you’re browsing to this folder you may not see the ProgramData folder because it’s a Windows System folder which by default is configured to be hidden. Simply type in the folder name and you’ll be able to browse to that folder.